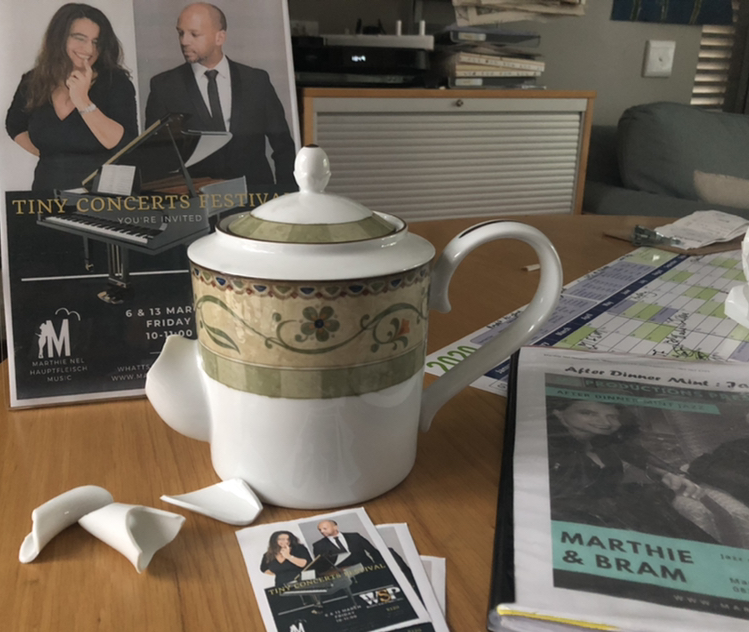 It’s your interruption: there is always one…

It seems to me that waiting is not really a passive action it’s more like playing in your sandbox until the red spade makes it’s appearance.

What is ’work‘ when it’s ’play’ for you because it comes naturally to you because it is your superpower? (What’s a superpower? it is that thing you do that feels like play to you but work to other people.)
How many ‘asks’ is enough for an answer? How many losts for a found? And a series of doors… people aren’t always home when you come knocking…

E.g. I can work hard at songwriting and the more I do it the easier it get’s until it is more play than work…#Autopilot… until one song interrupts my autopilot into awareness: and the sucker gets stuck in my head.

I can work at foot care and the more I do it the easier it gets until it is more play then work… #Autopilot… until one client interrupts my autopliot into awareness: and what they say gets stuck in my head.

Anything becomes easier the more you do it because you become familiar with the in’s and out’s of it. It’s like finding the backbone of a white wall: the only way to find your way around is knocking and listening for echo-answers. It’s hard work. It’s worn blister knuckles. It’s paying attention to detail until you see the bigger picture of what’s behind what seems to be real right in front of you.

When I was small we had a game of playing hot-or-cold: finding the secret hiding spot via clues because nobody in the game knows the answer except the game-master.

And asking is sometimes the most difficult thing: when you don’t know the answer but you would like to know. Asking for help when you wished you were strong enough on your own. But with being strong enough on your own – you loose your connectedness. And people don’t need each other, loose their purpose and become islands floating aimlessly around: following their cellphones around to their next destination- if it is one at all…
Almost like facebook or instagram fishing for likes instead of putting your phone down in return for a real 4D handshake, listening to stories-learning from each other‘s experiences and learning to be interrupted with wisdom you can’t buy from a book. It just says more: eye to eye when a grey head shows you the world through their eyes of years of watching and learning.

Man- I thrive on interruptions; I wait for them patiently as I knock, ask, seek because it saves me time and brings me closer to my humanity: having little time, less time to waste and much to learn to make the time I have, have a bigger impact.

That is my superpower: to figure out what I am here for and play from interruption to interruption knock-knock, seek-seek and ask-ask. The answers keep surprising me, the doors that open too: the stuff you find to be useful is amazing. Not at all what I expected. Not interruptions but rather eruptions of life pressing that turbo button on new insights, new purpose, new hope and new perspective on what before used to be an #Autopilot situation.
So
>>interrupt me please
all this knocking, asking, seeking going on is just me waiting for you to awaken me into the next level of LIFE.

Sr. Marthie Nel Hauptfleisch
Singer-Songwriter, Professional Nurse, Inspirational Speaker
“Find Your Purpose And Run With It”
[email protected]
083 767 2701
Womanonfire_1 instagram
#MondaysWithMarthie: goo.gl/9vbmfc
>In the photo: the teapot that interrupted my day: it threw a tantrum because it has been seriously underused: almost like a ‘I quit’… so we’ll try again tomorrow #TinyConcertsFestival at my house 10:00. Whattsapp me and I’ll send you an address pin. Winston Siljeur and I are doing #FavoriteThongs #FavoriteMusic #Jazz #Covers #Afrikaans #Originals. R120pp(beverage included: Graham Beck MCC is throwing bubbles- so that is something to celebrate already! Besides the forest, the mountain and the newly tuned grand piano- thank you Alwyn!)
>Foot Care as usual: weekdays, school hours.
>SaveTheDate: 🎶13th March ’Gin & Jazz’ in Wellington’s Die Bôrdienghuis with Sincere Swing(Bram Potgieter’s band) New extended playlist I just love because it is both challenging and fun. Starts at 18:00.
🎶’Tiny Concerts Festival’ 10:00 at my house in Stellenbosch 13th March Stellenbosch.
🎶Toastmasters 26 March Somerset West
🎶Homecoming 27 March Drostdy Theatre with Hilton Mandela Andries
and you can still catch me at the Woordfees #OmmieTafelMetMarthie daily at the Plataankafee 13-14:00 until 16th March.
>The song was a hard one to pick: either ‘Knock!Knock’ (the link takes you deep into my Dropbox)
www.dropbox.com/s/mo0fc9k02v3yea3/KNock%20knock.mp3?dl=0
The song is about the skeleton who refuses to die and creates havoc in the living world(its actually about me knocking on my coffin door just wanting to sing one more song… or write one)
or ‘Die Woord’ song: ‘Ek wens ek was die wyn in jou glas’ (seeing that it is Woordfees) youtu.be/DdHxpFvyaW4